No products in the cart.

My best friend (shortly after starting her residency): “I’m working on looking like a doctor.”
Me: “Girl! What?! You ARE a doctor. A doctor is however YOU look.”
Her: “You know what! You’re SO right!”

Here we are, again and again, two hard-working black women who are Ivy League-trained physicians, yet we constantly have to work to help each other to denounce and overcome the lies that society tells us.

The Lie We’ve Been Told

For centuries, we’ve been told and sold the lie that the majority group defines the professional ideal. This lie has occurred for numerous reasons, especially those related to systemic racism and consequent gaps in wealth and opportunity. This lie is propagated through generations based not only on people’s lived experiences, but also societal norms and popular culture. This lie chains communities, kills dreams, and destroys hope.

WE CANNOT ALLOW THIS LIE TO CONTINUE TO SPREAD.

I acknowledge and appreciate that everyone has a story to tell, but I only know how to tell mine. I interact with my personal and professional worlds through many lenses, but my most predominant lens is as a black woman.

I saw a viral social media post the other day that stated (credit to @Chassity Nichole): “I’ve been reflecting on how often I’ve had to be the silent black girl so I’m not viewed as the angry black woman.” There were thousands of comments and shares from black women around the world about how true that statement was and especially how exhausting of an experience they have had with navigating professional interactions.

I completely agree that being a black woman in professional spaces can be EXHAUSTING.

When I was a medical student, one of my supervising doctors (non-melanated, of course) texted my team of other supervising doctors just to say, “God, Marquita is SO formal.” They didn’t realize that I was included on the group text where they proceeded to vent and make fun of how I kept it “too formal” and “so professional” at all times.

After figuring out their error with the group text, they apologized profusely. My response was simply, “I’ll continue to be that, because there are much worse things I could be.”

I made a decision a long time ago that “ so professional” was ALWAYS the way to lean in the workplace. Unfortunately, black women are not often granted the freedom to choose otherwise without considering the disproportionately higher risks they face compared to their more carefree (and yes, less melanated) colleagues.

It’s not about people’s opinions, it’s about implicit bias and misperceptions that could derail the careers for which we have all worked so diligently.

I explained the practice of authentic silence in my blog post about reflections from my intern year of residency: “Essentially, authentic silence has meant that I free myself from speaking up just to fit in with others or any other scenario that I did not feel was completely authentic or desirable for me in any given moment…I spoke up if I felt something was harming me or others, if it was needed for patient care or team collaboration, or if I genuinely felt I had something that I desired to say. Otherwise, I aimed to predominately listen and learn. As you learn people and find ‘your’ people, you’ll naturally have more to say within the sacred authentic, safe space you will have created for yourself.”

I’ll be professionally sound forever and authentically silent for now…until I finish getting the credentials and skills I need to create and lead truly safe, supportive spaces for diverse people with bright personalities and even brighter minds. Label me “so professional” if you want, but I guarantee you one thing… you will NEVER be able to label me as inauthentic or unsuccessful.

With Love and HAPPIness,
The HAPPIest MD

P.S. Check out the continuation, “The Misadventures of a Silent Black Girl: Creating Your Own Professional Ideal Part 2”, in which I discuss strategies I have learned (but certainly not yet completely mastered) for defining and achieving professional success. 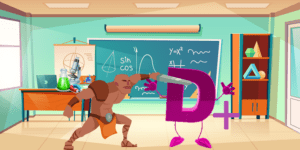 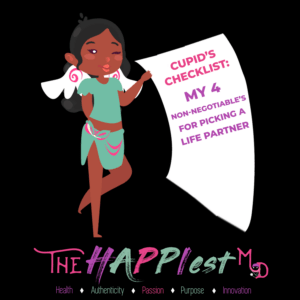 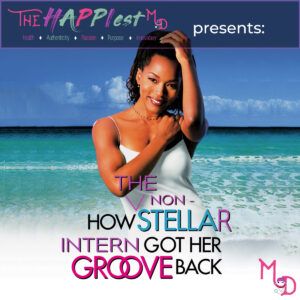 How the Non-Stellar Intern Got Her Groove Back: A Reflection on Progress Made in My Second Year of OB/GYN Residency