In my previous blog post, “Why Medicine, Or Any Other Career For That Matter?: Asking The Career Questions That Matter Most”, I wrote:

“…At one point in my life, I had convinced myself that the world would be a better place entirely without chemistry and physics (and calculus, for that matter)!”

Well, there’s more to this story…much more! My hatred for those subjects (and Latin) ultimately yielded some of the best lessons that have helped me to grow into a lifelong learner. Here, I share those powerful four lessons and celebrate the four very dedicated educators who helped these lessons to transcend their classrooms.

Shout out to Mr. Wisdom, my Advanced Placement Calculus teacher! (He wins the “Best Teacher’s Name” Award! It’s a fitting name too, because he has proven to be a very wise man!) Calculus was my LEAST favorite subject in high school (and college), and I remember always thinking that it was so impractical and irrelevant in life. The irony is that God saw it fit for me to marry a man who loves the TV show, Numbers, so I now routinely watch the wonders of this professor who uses advanced mathematics to solve crimes. Now that I have married into being a fan of Numbers, I have made some peace with Calculus.

More importantly than Calculus being my least favorite subject, I was introduced to it at a time when I had begun to take on increasingly more responsibility. It was around this time that I began to fully understand the disparity between my family’s financial situation and the future I dreamed for us. Early in high school, I had quit the majority of my extracurricular activities in favor of working to produce income for our household and my dreams. High school coursework had not required much studying on my part, so I took on more and more part-time work hours. I learned very quickly and painfully that Calculus would not be like other high school courses, even the other Advanced Placement ones, and I learned that I needed to reassess my situation. I had many long conversations with my mother, Mr. Wisdom, and my supervisor at work, and ultimately, I decided that a sacrifice had to be made somewhere, somehow.

Calculus taught me how to become The Manager of my own time and priorities. I had to take a realistic look at the time I had available in a day and list out what was the most important use of that time for me. This was based on my own unique experiences and goals, regardless of what my peers were doing. Upon reflection, I made some changes to my schedule where necessary, but I decided that it was not my priority to focus solely on being the highest scoring student or limit my experiences to school-related activities. Instead, I wanted to be able to demonstrate to colleges that I could simultaneously take on more responsibility at home, maximize academic challenges at school, and still succeed in my own way. I believed THAT was the unique opportunity I needed most to grow into not only a stronger learner, but also a better balanced person. Fortunately for me, dozens of colleges agreed.

Shout out to Mrs. Luck, my Latin teacher throughout high school! (She wins the “Only Class I Would Still Take Again and Again” Award, as she was easily one of my top three favorite teachers in my entire twenty-four years of school!) My Latin story is much more simple than the Calculus one, because I thought I hated the thought of learning a dead language, but I learned to love it. In fact, I loved it so much that I took every level of Latin available at my high school and earned a language distinction on my diploma for it. As it turns out, I was the only student who signed up for the most advanced levels of Latin, so Mrs. Luck worked with me to design an independent study plan.

Latin taught me how to embrace being The Trailblazer for my own unique learning path. I honestly did not even know what “independent study” was prior to this point, but I have since considered it mandatory to incorporate some aspect of independent study into every portion of my training. For college, I did independent study research projects that resulted in an honors thesis and landed me my first job. For business school, I was funded to learn how to develop social enterprises. For medical school, I built a team and began my own research niche. For lifelong learning, I now have the confidence that I can put a plan in place to learn, practice, and achieve any goals that I set for gaining knowledge or skills. Trailblazing takes courage and time, but the experience of creating something from start to finish and learning something in your own way is priceless.

Shout out to Dr. Weinschenk, my Organic Chemistry professor! (He wins the “Only Math/Science Class That I Never Fell Asleep In” Award, which is a true testament to his phenomenally engaging teaching style!) I remember not really caring much for organic chemistry, but I was very impressed with how Dr. Weinschenk led his classroom. Premedical students raved about how getting into his class was the best way to go for “orgo”, and in this case, the hype was true! In the two semesters I spent in his class, I learned as much, if not more, about storytelling, communication, and presence as I did about chemistry.

Organic Chemistry taught me how to serve as The Visionary who links what I am learning to the greater reason for why I am learning it. I knew that I would not need organic chemistry beyond those two semesters and studying for my Medical College Admission Test, but for the first time, I began to see the less tangible lessons behind the traditional curriculum. Organic chemistry was my first series of college lectures that I truly enjoyed, and the hidden lessons within those lectures inspired me to open my eyes to look for the greater meaning in other aspects of my college experience. Being a visionary for my own day-to-day college experiences provided much of the foundation that solidified my current journey as the visionary for discovering, defining, and leading my own HAPPIest life.

Shout out to Dr. Bing, my Physics professor! (He wins the “World’s Most Persistent and Patient Educator” Award for always answering my MANY office hours and after class questions with a smile and breakthrough explanation.) Physics was the only class I had in college where I felt the work I put in did not match the grade I got out. The first time around, I took Physics with a different professor, and I got a D+. It was the lowest grade I had ever received, and I promised myself it would not happen again. I decided to retake the course in the summer, during which time I dedicated myself to studying Physics full-time while working part-time as a research/teaching assistant. I got an A- that second time around, and two summers later, I wrote in my medical school applications about how grateful I was for that D+ and what nearly failing physics taught me!

Physics taught me how to love being The Problem-Solver. I realized that the most important skill for achieving success in the course was not actually about the Physics itself, because most often, the formulas specific to Physics were provided. Instead, the emphasis was on pattern recognition and application of previously taught concepts in new settings to solve problems. It was all about problem-solving! Physics was one big Rubik’s sudoku maze of logic that paraded itself as a killer premedical course! Once I started thinking of it this way and “playing the game of Physics”, everything fell into place. Like Organic Chemistry, the lessons I took away were less about Physics and more about problem-solving strategies that I now apply in life.

I will be the first to admit that the path to Medicine is long, difficult, and full of complexity that can only be fully understood by those who have experienced it. Learning to become my own Manager, Trailblazer, Visionary, and Problem-Solver have been some of the most worthwhile lessons, and collectively, these lessons overshadow even the greatest challenges. Lifelong learning is the name of the best game that life has to offer, and it’s most important to take the losses in stride and most fun when you learn how to make the wins work for you!

With Love and HAPPIness,
The HAPPIest MD

LAUNCH WEEK DAY 1 - My First Post: The Beginning of the Rest of My Life

LAUNCH WEEK DAY 2 - Self-Care is the Best Care Part 1: The Best Lesson of the Worst Year of My Life

Renew & Relaunch: How Becoming the Patient Fortified My Journey as The HAPPIest MD

LAUNCH WEEK DAY 3 - Self-Care is the Best Care Part 2: How I Lost Myself and Got Back a Better Version

LAUNCH WEEK DAY 5 - Why Medicine, Or Any Other Career for that Matter?: Asking the Career Questions that Matter Most

LAUNCH WEEK DAY 1 - My First Post: The Beginning of the Rest of My Life

LAUNCH WEEK DAY 3 - Self-Care is the Best Care Part 2: How I Lost Myself and Got Back a Better Version

Stay up-to-date with me, and let's journey together toward our HAPPIest lives!

Success, we have sent you a confirmation email. 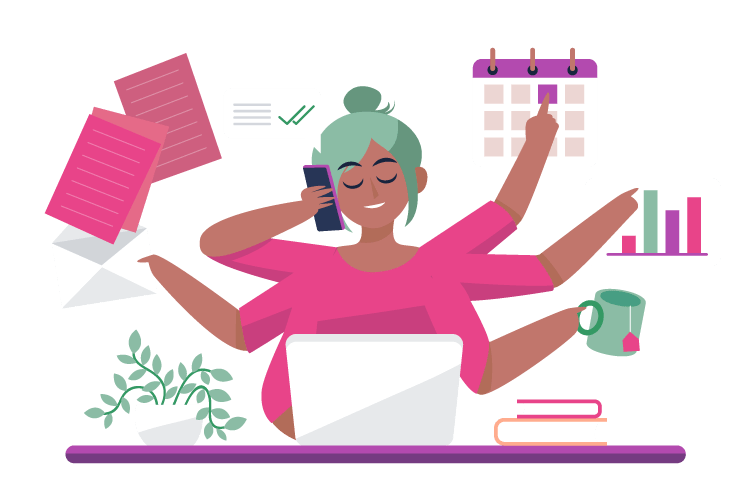 My Mission & Me: The Mission-Driven Method of Bullet Journaling 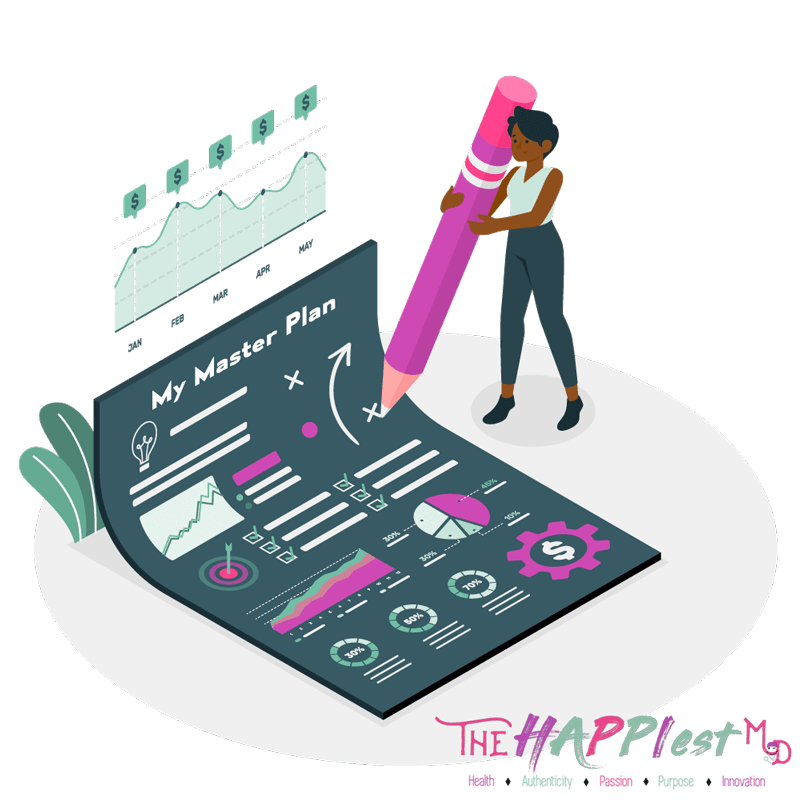 You Gon’ Learn Today: The Importance of Writing Your Own Life’s Narrative

Anchor Your Day: Powerful Tips for Creating Your Own Morning and Bedtime Rituals

Stay up-to-date with me, and let's journey together toward our HAPPIest lives!

Success, we have sent you a confirmation email.